Once the fastest car in the world.

The original publication on Petrolicious.

Have you ever wondered what it would be like to be wealthy beyond practicality in the 1950s? If so, be sure to include a ride in an R-Type Continental in that fantasy. Once the fastest car in the world, it’s consummate luxury also made it the most stylish form of transport for those living lavishly; it is the modern—sort of—interpretation of a magic carpet. 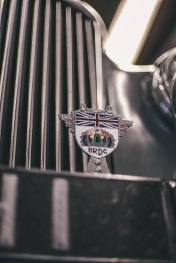 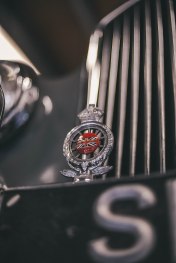 Let me take you back in time to give some context to the claim “fastest car in the world.” We find ourselves in the early 1950s on a cobbled street with smoke filling the air above and plenty of other reminders of the last decade of international struggles. In stark contrast to these scenes are the plush interiors of high-end cars.

Speed records had been set and broken often after the war machine shut down and people got back to making cars rather than bullets, and everyone in the automotive industry seemed to be focused on power and speed delivered in a comfortable, elegant package. Then Bentley reveals it latest creation, the R-Type Continental, which could cruise easily at 100mph with four occupants, leaving many more jaws dropped in its wake.

In order for it to become the icon of this era though, Bentley needed to be reinvented, needed to distance itself from its stagnating years prior, and to prepare for the post-war economy and the changing nature of the automobile they created performance cars like this one. The two men held responsible for these dramatic, positive changes within Bentley are Ivan Evernden, the company’s chief project engineer, and John Blatchley, chief of the newly-created styling department.

Two iconic pre-war cars were used as the basis for this evolution: the “Embiricos” coupe and Corniche one-off coach builds  were used in combination with the existing R-Type chassis, and this formed the perfect basis for something new, glorious, innovative.

Some of this innovation has to do with the stately car’s weight. A target of 1750kg was set— due to the tire durations at the time, the rubber would have not withstood the pressures above 115mph attached to a heavier car—and needless to say, this goal was met.

To be able to perform outstandingly at such high speeds, the car also needed to be aerodynamically adept, so, Blatchley, a man fascinated by aerodynamics, sketched a low, long, and lithe body shape for the Continental, with its radiator inclined rearward, a steeply raked windscreen, rear wheel-spats, and a fastback roofline. 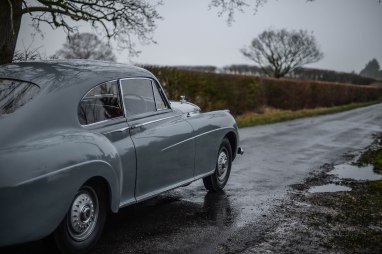 After the weight, the next target to meet was the speed limit, or rather the speed capability: it was set at 120 mph (193 km/h). In September of 1951, the team was able to (almost) realize this goal just outside of Paris at the Montlhèry track; the best lap speed clocked just under 120mph, leaving everyone beyond happy. The machine behind this groundbreaking performance is an inline-six, 4566cc engine with a power output rated at 153bhp. And Bentley even improved its performance from this point, releasing the 4887cc unit known as the “big bore engine” which then allowed the car to reach up to 50mph (80km/h) in just first gear.

I’ll return to the introduction for the conclusion: what’s it like to feel this kind of opulence? At a cost of £6,928—including UK purchase tax—this vehicle was acquired for the first time back in 1952 at a value exceeding the UK’s average annual income by fifteen times! An expensive carpet ride indeed.

Note: This particular car was the winner of the FIVA Postwar Trophy at Pebble Beach in 2017, chosen from a field of more than 200 of the rarest and most incredible cars in the world, a fantastic achievement of JD Classics’. 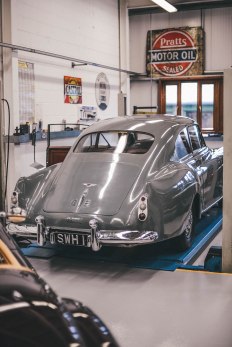 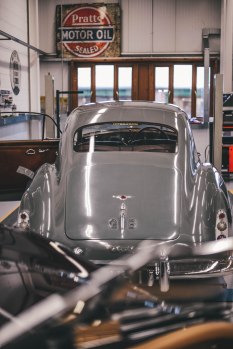 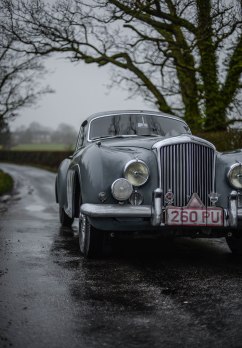 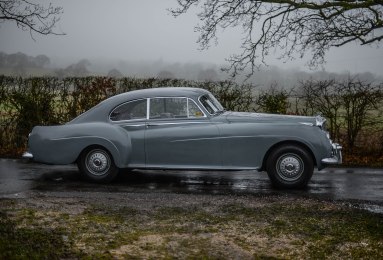 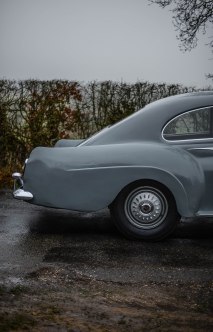 5 TIPS FOR DRIVING A CLASSIC MINI ON ICE – FROM THE RALLY PROFESSOR.